Current and historical maps of Putnoe in Bedford are provided on this page, including a 1967 map of the area around Putnoe Farm (Now Hartop Close).

The red line on this map indicates the boundary of Putnoe Manor in the 18th Century. If you have ever wondered where Putnoe stops and Goldington starts then this map is as good a guide as any. However, for a 2nd opinion you can also look at the 2011 census and Electoral maps further down this page which have redefined Putnoes boundaries on all sides. 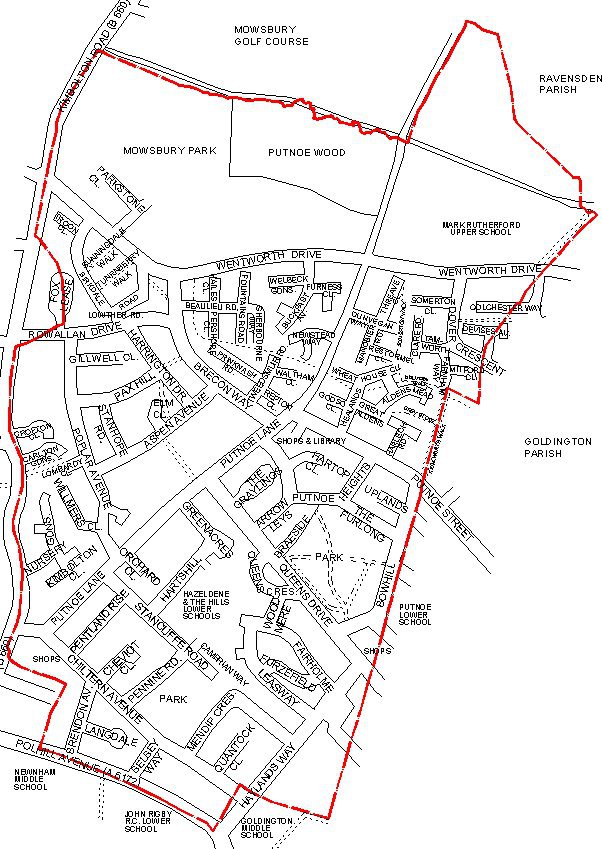 This is a map of Putnoe Manor towards the end of the 18th Century. The field names, field use and boundaries are indicated. The hatched areas are woodland. The extent of Putnoe Wood is very similar to present day. Putnoe farm was located by Wheathouse Pightle, Cloth Pightle and Home Clofe. Note that in the 18th Century 'f' was used in some words in place of 's'. The red line on this map indicates the boundary of Putnoe Manor at this time. 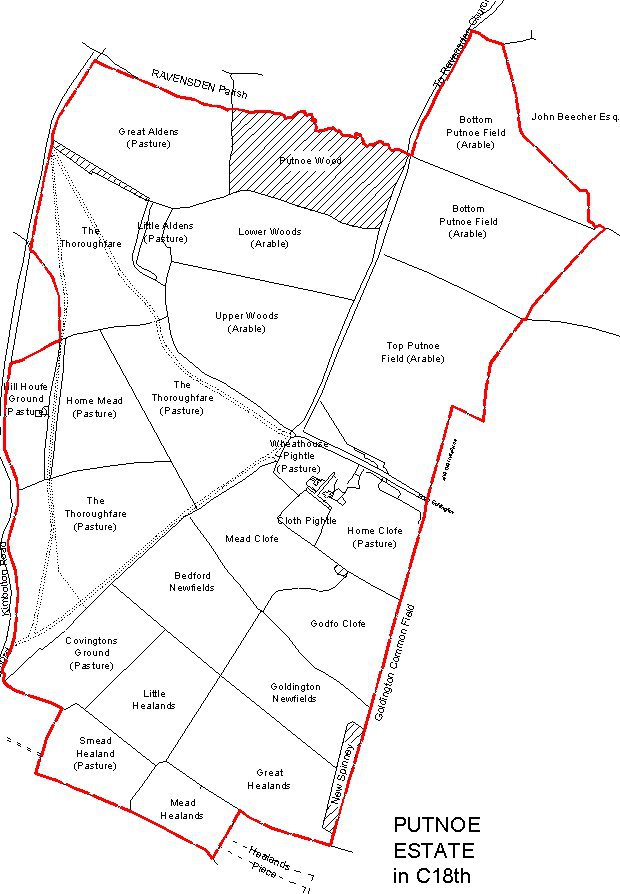 This is a map of Putnoe Farm just before it was demolished in 1967/68. 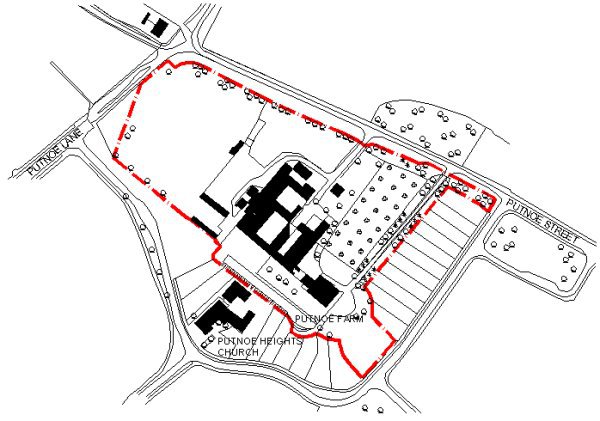 This is a map of Putnoe based on the 2011 census. Comparing the blue shaded area to the 'Original' historical Putnoe Manor boundary you will see the following differences:

According to the 2011 censusPutnoe has: 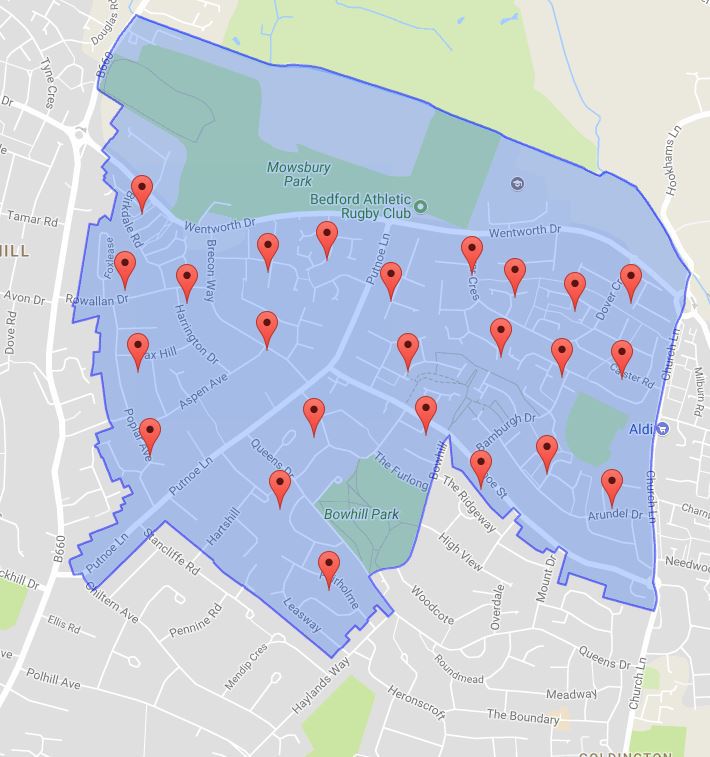 The electoral ward maps cover the same areas and have an identical boundary to the 2011 census map (see above).

Putnoe is an electoral ward within the unitary authority of Bedford. It is a borough divided into voting areas. Based on 2014 figures it has:

The first map below shows the electoral boundary of Putnoe, with Brickhill to the West, Goldington to the East and DePary's to the South. The second map shows the three electoral areas within Putnoe (2014). 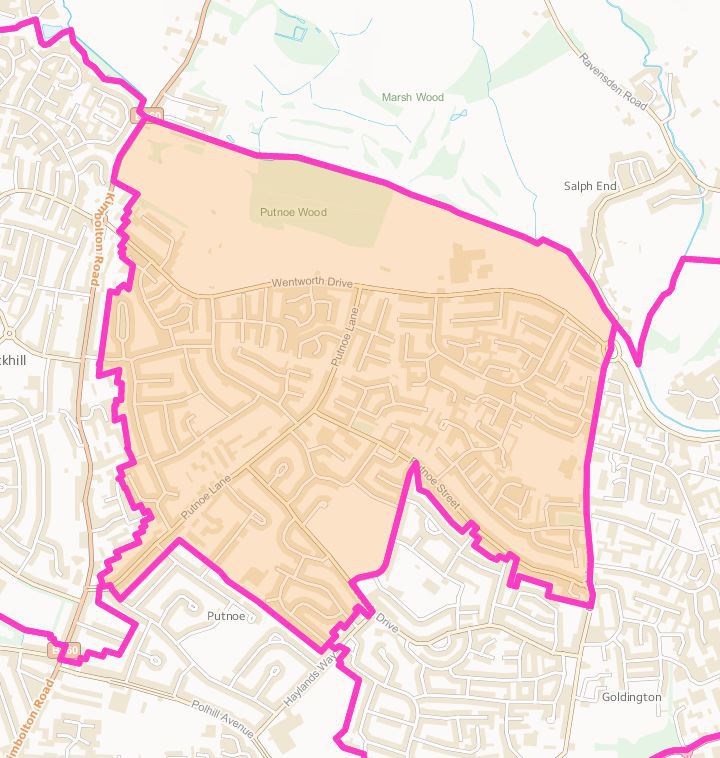 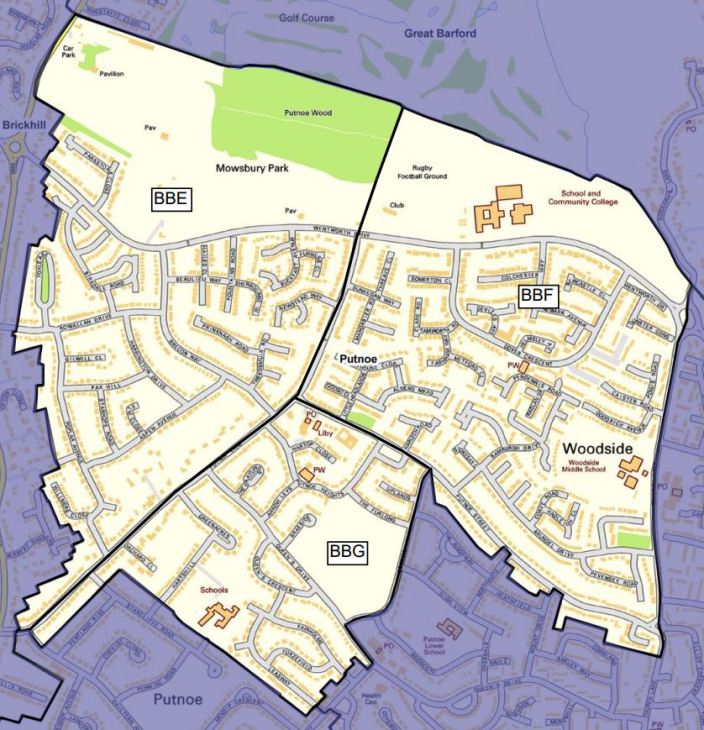 The Putnoe Police map is similar to the 2011 census map: 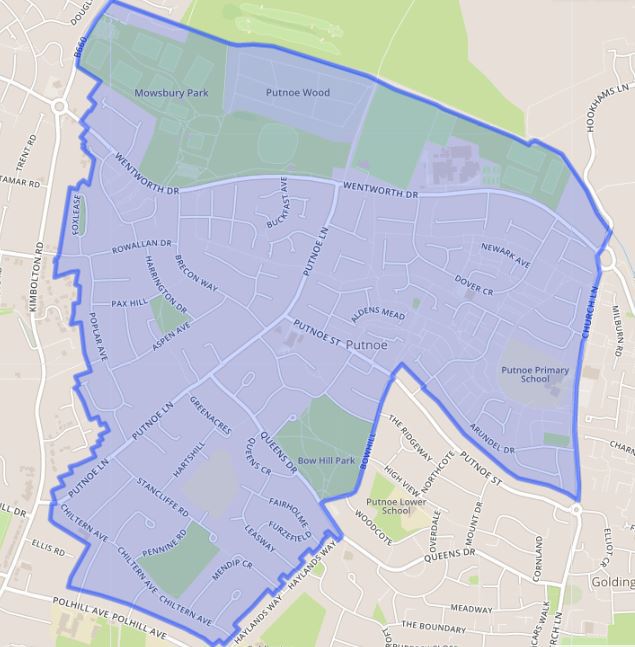