This site provides information past & present about Putnoe.

The name in its present form has been around since the 16th Century, but was formely known as 'Puttenhoe' and 'Putenho' indicating the spur or 'hoh' of land belonging to an unknown Anglo-Saxon settler Putta, hence 'Puttas-hoe' => Putnoe!

Situated on the northern side of Bedford, the manor of Putnoe was formerly part of Goldington Parish. Since 1934 it has been within the Borough of Bedford, and became a mainly residential area during the 1950s. The current Putnoe parliamentary ward covers 546 acres and is populated by over 7000 people.

Putnoe is bounded by the ancient Elm woodland of Putnoe Wood and Mowsbury Park to the North, the residential estates of Brickhill to the West and Goldington to the East The historical Southern boundary runs along Polhill Avenue. 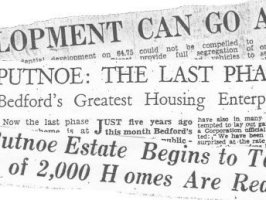 A brief history of the Manor of Putnoe spanning more than 1000 years is given in the following links. The information contained herein is based on my research to date. 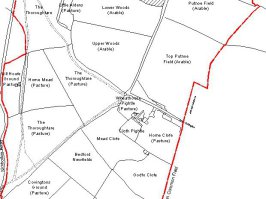 Current and historical maps of Putnoe in Bedford. 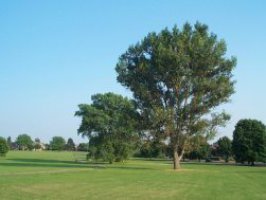 Photo gallery of Putnoe past and present. Some pictures of Putnoe under construction/development.

Milton Keynes councillor sorry over alleged anti-Semitic posts (Mon, 23 May 2022)
Ansar Hussain is suspended from the Labour Party over posts he shared on Facebook in 2015.
>> Read more

Kempston murder inquiry begins after assaulted man found dead (Mon, 23 May 2022)
Mickey Havil was attacked outside a shop the night before before his body was discovered at home.
>> Read more

Potters Bar fire: Police investigating bus depot blaze (Mon, 23 May 2022)
The fire service is working with police to establish the cause of the blaze that engulfed six buses.
>> Read more